Today, I will show the way to take a Fastpass in Tokyo Disney Resort, and the cautionary note.

The way to take a FASTASS

Since July 15, 2019, you can take a Fastpass by your smartphone in Tokyo Disney Resort.

At first, you have to install the official application of Tokyo Disney Resort.

if you use iPhone, from here

while Android, from here

In addition to this, you should register your Disney account.

This preparation should be done before coming to Toyko Disney Resort.

After you enter Disney Land or Sea, you can take Fastpass.

At first, you tap the attruction of which you want to take Fastpass, and you tap the following part.

Then, you scan QR of your park tickets of all members of your group.

When such QR is showed, it means you can take Fastpass.

And when the time comes,  you hold it up to the scanner like the following picture in the entrance of the attraction. 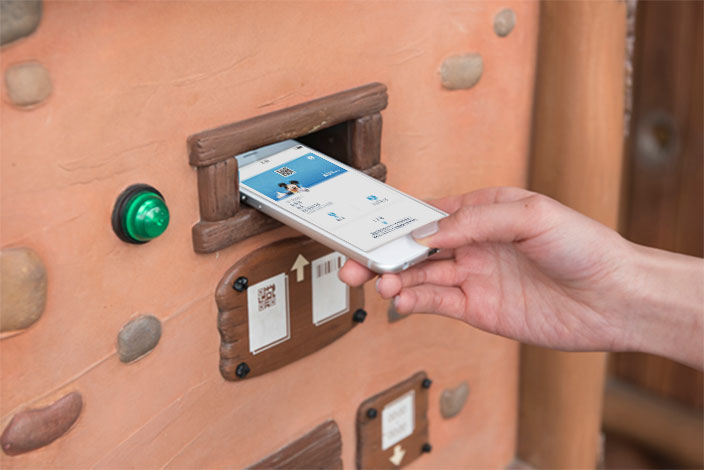 ② go to the entrance of the attraction.

There is a machine which issues the Fastpass near the entrance of the attraction. Then, you hold your park ticket on the machine, and Fastpass remainder is issued, like this.

when the time which the Fastpass remainder shows come, you hold your park ticket a machine that is near the entrance for those who have Fastpass.

So, you don’t have to show your own Fastpass remainder.

Lastly, I will tell the system about Fastpass.

you can take another Fastpass only 2hours after you took one or after time past of the previous Fastpass.

Furthermore, what I want to say previously is the fact that you cannot the same Fastpass as you took except you used it yet.

These systems are probably the same as other Disney Land, so you may already have known.

If you have a question, give me a comment on the following space or on my Twitter.

I hope you have a good time!!

pictures are citation from the official site and official blog